The second half of November has been a particularly challenging period for cryptoassets. We explore why. 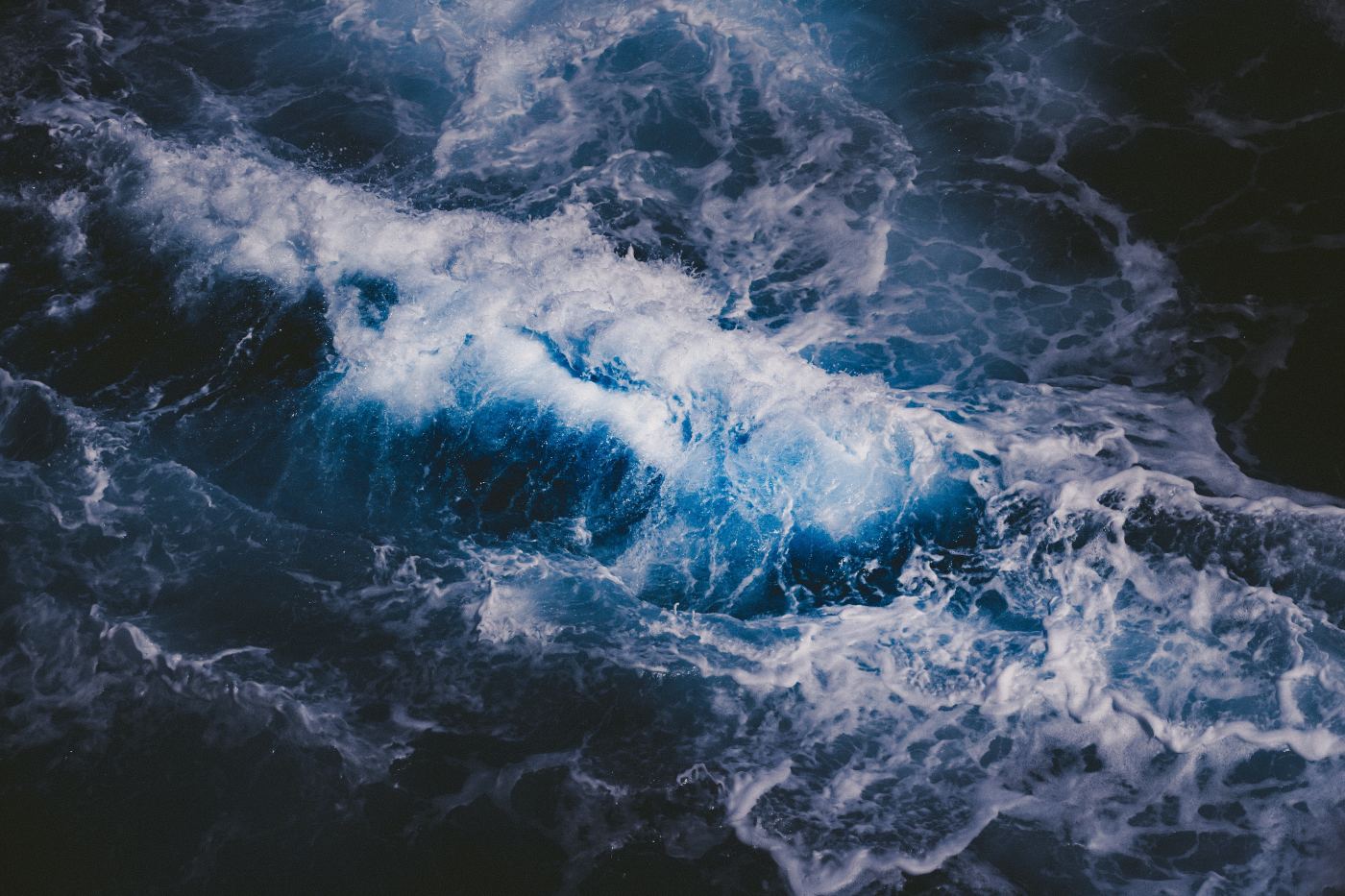 The second half of November has been a particularly challenging period for cryptoassets. Prices for bitcoin, the largest cryptoasset, fell 39% between November 13 and November 24, from $6,339 to $3,854, the worst 11-day period since 2014. Other cryptoassets followed suit.

We have received a significant number of questions from prospects and clients about what drove this downturn. While pinpointing the cause of any specific market movement is difficult, there were a number of events that played a key role in this dramatic pullback. Understanding the forces behind this downturn is critical to understanding when the market will bottom, and eventually recover.

The primary cause of the recent market pullback was the contentious hard fork of the bitcoin cash blockchain that occurred on November 15.

Forks occur when there is a disagreement over how the software powering a particular blockchain should evolve. Bitcoin cash, for instance, emerged as a fork from bitcoin in August 2017. For a number of years prior to the fork, developers argued over the best way to scale the bitcoin blockchain to handle more transactions. In the end, they could not agree, so they split into two branches, with each trying a different approach. Holders of bitcoin ended up with two coins: one called bitcoin and one called bitcoin cash.

While the long-term, historical impact of forks is debatable, on a short-term basis, most forks have been value-neutral or value-accretive. When the August 2017 bitcoin cash fork occurred, for instance, the price of bitcoin fell from $2,800 to $2,700. But the fork entitled each bitcoin holder to one bitcoin cash, which began trading at $555. In sum, investors started with $2,800 in value and ended with $3,255, a 16% increase.

The November 2018 bitcoin cash fork, however, was different from past forks. To understand why, you have to understand that “bitcoin cash” is unique in the crypto ecosystem, in that it—more than any other cryptoasset—is a philosophically driven coin.

The proponents of bitcoin cash often refer to bitcoin cash as “the true bitcoin.” They believe, with nearly religious intensity, that the technical roadmap laid out in the original bitcoin white paper (published in January 2009) is the only correct blueprint for how to build a blockchain. This “originalist” belief system was at the core of the aforementioned scaling dispute in 2017: The groups that supported bitcoin cash couldn’t stand that the developers of bitcoin were pushing the bitcoin blockchain in a direction that wasn’t contemplated by the original white paper, so they forked off to create their own chain.

This intense originalism makes disagreements over the development pathway for bitcoin cash significantly more heated than they are for other cryptoassets. That intensity boiled over earlier this month when two of the main groups running bitcoin cash implementations—Bitcoin ABC and Bitcoin SV—got into an argument over a minor disagreement on the technical roadmap for the coin. Bitcoin ABC wanted to make a small upgrade to the code running bitcoin cash, and Bitcoin SV did not. In early November, it became clear the two sides couldn’t agree, and that a fork would occur on November 15 when the next network upgrade was scheduled to take place.

Though the nature of the upgrade was minor, the stakes and emotions were not. A war of words erupted on social media and over email, with one side—Bitcoin SV, or “Satoshi’s Vision”—promising to “wage war” on Bitcoin ABC and threatening to “destroy it” and “bankrupt” its supporters.

More important than the childish taunts, however, was the fact that neither side implemented so-called replay protections in its code prior to the fork. Without replay protections, holders of a forked coin cannot safely sell their holdings without being exposed to potential hacking and loss from the other side. The two sides refused to put these protections in place, because neither wanted the other chain to survive.

Not surprisingly, this negative swirl of threats, counterthreats and technical brinkmanship was value-destructive. On November 8, when word first leaked of the pending “war” between the two sides, bitcoin cash was trading at $574, and was worth 8.9% of bitcoin. Today the two forked coins together are worth just $291, and are just 6.7% the value of bitcoin.

In the end, both sides stood down. The rhetoric calmed down, and both sides implemented appropriate replay protections, allowing the two forks to operate independently going forward. Today the majority of people accept Bitcoin ABC as the new “bitcoin cash,” although both coins have significant value.

We believe this was a one-off event that is unlikely to repeat among other major coins. No other blockchain attracts the same level of zealous fundamentalism as bitcoin cash; most are extremely practical, and would avoid this kind of value-destroying event at all costs. We also expect many blockchains to now invest more time and energy into better governance issues, and for good governance to become a key attribute of highly valued chains going forward. The community has learned from this event.

But it is important to remember it is still early in crypto, and projects are not set in stone. Not all coins will survive without heated conflict, and some will destroy value in the process. One driver of our index investing philosophy is knowing that we can’t predict exactly what will occur, and that the top 10 coins today may be different in the future. By staying diversified and rebalancing on a monthly basis, the index ensures it stays current on the most successful projects.

The second significant driver of the recent crypto pullback was two enforcement actions targeting the ICO market by the U.S. Securities and Exchange Commission. First, on November 8, the SEC charged the founder of EtherDelta—a minor exchange transacting in initial coin offerings—with operating an unregistered securities exchange, after determining that at least some of the ICOs trading on its exchange were securities. Then, on November 16, the SEC settled charges with the creators of two initial coin offerings, Airfox and Paragon Coin, for conducting unregistered securities offerings.

None of the three were significant projects—EtherDelta handled around $1 million per day in trading at its peak; Paragon Coin was worth less than $5 million; and Airfox didn’t have a market cap. However, the enforcement actions cast a significant cloud over the crypto ecosystem. The worry is that these are the first of many future enforcement actions by the SEC against the ICO space. SEC Commissioner Jay Clayton has famously said that most ICOs are securities.

Beyond headline risk, this could lead ICOs, or individuals involved in those ICOs, to liquidate their crypto holdings, either to meet settlement demands or in anticipation of meeting those demands. This could pressure the price of many cryptoassets, particularly ethereum, since most ICOs raised money on the ethereum blockchain.

While a short-term negative, these enforcement actions are part of a broader regulatory wave that we believe is critical for the ecosystem and unambiguously positive long-term. By cleaning up the fraudulent areas of the market, regulators are creating a green space for serious projects and cryptoassets to thrive.

The third driver of the market pullback was the breaching of significant technical levels of support for bitcoin and other cryptoassets. While we at Bitwise do not subscribe to technical investing theory, it’s hard not to look at this chart and see “support” around the $5,500 level. The $5,500 level had stopped multiple pullbacks in the past year, and when it gave way in November, prices moved rapidly lower.

The final factor we identified as a key driver of the recent pullback is tax-loss harvesting activity by investors. Almost every crypto investor who bought a cryptoasset in the past 12 months and is still holding it today is sitting on a loss. In taxable accounts, investors can “harvest” that loss to offset income or other capital gains by selling their position. While some of these investors rotate their crypto exposure—selling bitcoin and buying an index fund, for instance, or selling bitcoin and buying ethereum—others simply rotate out of crypto. This selling has added significant downward pressure on crypto markets, which is likely to persist as we approach year-end.

5. What This Means Going Forward

Some of the events outlined above were one-time events: The issue around the fork is unlikely to repeat, and there is no obvious technical level likely to influence prices. But other events remain: We expect to see continued SEC enforcement actions against ICOs and continued tax-loss harvesting. There are additional risks worth monitoring as well, including concerns that a number of crypto hedge funds will unwind as they face withdrawals and distant high watermarks. Indeed, there were rumors of a hedge fund or multiple hedge funds facing liquidity issues in the past few weeks, and we expect some of those rumors to pan out as we close 2018.

On the flip side, there are a number of significant near-term tail winds that could buoy prices and counterbalance these headwinds or more. These include the planned launch of the Intercontinental Exchange’s Bakkt bitcoin futures exchange in January, the pending launch of Fidelity’s digital asset service, the continued entry of institutional investors into to the space, and the emergence of value buyers in the crypto space (something we’ve experienced recently).

Prices have already rebounded from their November 25 intraday low at $3,585 to $4,250 at the time this memo was written (2:35 p.m. on Thursday, November 29), a 19% rebound. Anecdotally, inbound interest is at its highest level in some time, as some investors see value in today’s prices. It will be interesting to see where things go from here.