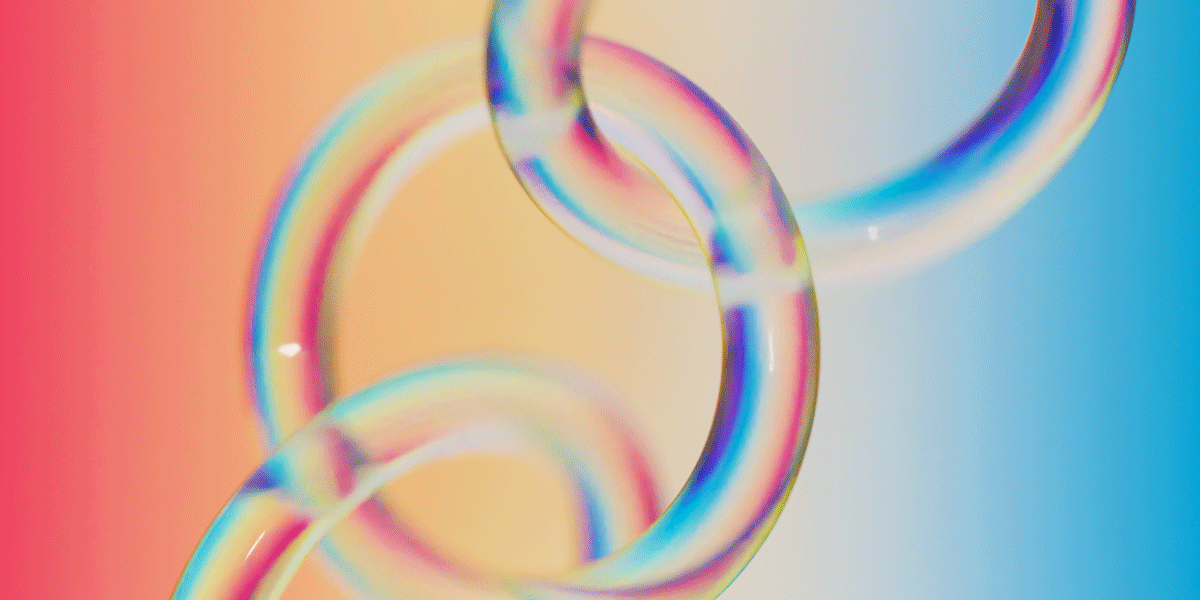 Every year, millions worldwide gather to celebrate the LGBTQIA+ community during Pride. Bitwise promotes a culture of inclusivity, respect, compassion, and support for all people, which are some of the primary goals of those within the community. In conjunction with the firm’s growth to a team of over 70 in the past year, we have created an internal LGBTQIA+ professional network, the Bitwise Pride Network, where employees are given a safe space to connect, share experiences, and build the foundations of the company’s culture. In celebration of Pride Month, Bitwise is proud to share the experiences of three of our colleagues in the LGBTQIA+ community.

I grew up in rural New York state where there wasn’t any sort of gay culture. I also wasn’t exposed to any gay people on TV or media. I didn’t understand my sexuality until my late teens and came out around age 22. It was confusing growing up because I didn’t know I could have the “normal” life I’m living now—a long-term relationship and children. My mom had a hard time with my coming out, as I believe many parents do; however, she has always been respectful to my partners that I brought home. By the time I was bringing dates home, I had moved to Los Angeles for a relationship. Los Angeles has a lot to offer, with a large gay community.

I worked for 15 years at a company that had a LGBTQIA+ Employee Resource Group, which educated employees on current events and issues affecting the community. One year for Coming Out Day we created buttons stating “I am an ally because _______,” and it was nice to see how many allies there were. At the LGBTQIA+ events, we would spotlight the employees in the community, if they were comfortable, because these kinds of topics weren’t really talked about in the day-to-day operations at work.

A lot of people were familiar with my personal life. They were supportive when I was pregnant with my son and when I adopted my daughter. I always felt comfortable putting photos on my desk, which is important.

How is the culture at Bitwise in regard to the LGBTQIA+ community?

When I first started working at Bitwise, Hunter Horsley (CEO) was the first person I came out to in a casual conversation. There was no awkwardness or question about it, and it made me feel comfortable. One value I’ve noticed with Bitwise is the culture of kindness and acceptance. I am always comfortable sharing what I’ve done over the weekend with my kids and wife during weekly catch-ups.

I still sometimes get a little nervous with new people because you never know how someone is going to react. That apprehension is still there; it’s something many people in the LGBTQIA+ community have. I believe this comes from the scary stories we hear in our community. Still, I’m optimistic for future generations. I have a 14-year-old son and he uses gender-neutral terms frequently. I find it interesting and I believe it’s coming from a place of acceptance and open-mindedness towards the LGBTQIA+ community.

Middle school was no walk in the park, as it felt like the bullies could sniff me out as being “different.” One day, one of my classmates pulled me aside and asked if I had seen the Facebook page made about me. I pulled out my iPod Touch and nearly broke down in tears as I saw “PHIL WARD IS GAY,” with over 300 likes from my classmates.

This was one of countless negative experiences over the course of my upbringing. I lived with a constant, lingering fear of expressing who I was due to learned behaviors from my environment. I felt like an outsider, and the loneliness was unbearable.

But in college, life got easier. I realized the world was much more diverse than I had previously imagined. Other students had similar experiences to my own, which helped me connect with them on a more profound level.

I first came out to my close friend group and was shocked when my tears, fueled by fear of rejection, were met with love and compassion.

It was a year after I began working that I became comfortable coming out to my colleagues. I met an ally who gave me the recognition I needed to excel both professionally and personally. Life got a bit easier after this—I moved to a new office where I was met by an open-minded and welcoming team. Eventually I had the courage to join the company’s LGBTQIA+ network and eventually became the head of my office’s branch of the network. Ultimately, it allowed me to excel in my role and form stronger ties with my coworkers as I showed up to work every day as my authentic self.

How has Bitwise empowered you as a member of the LGBTQIA+ community?

When I came out to my team just one week after my start date, I braced for cringes and awkward silence. Instead, to my surprise, I was greeted with questions about how my partner and I met and what we like to do for fun. This was my first coming out experience where I simply felt treated like a person. Later, a fellow new employee, Anais, told me that she saw my face bracing for impact when I came out. Just like that, I felt understood. From that day forward, I proudly expressed who I am, and, again to my surprise, was met with nothing but support and love.

Bitwise is a growing and dynamic company, so the excitement of using Pride month to build out our inclusivity initiatives spread fast. Thanks to management, "Pride at Bitwise'' was up and running in a mere matter of weeks. I’m delighted to be leading the LGBTQIA+ initiatives at this company, alongside other members of LGBTQIA+ community members and our allies.

Like many in the LGBTQIA+ community, I remember my experience in two phases:

In my case, three out of four members of my immediate family identify as LGBTQIA+. So I was actually immersed in that community for over ten years before coming out.

On top of that, I was in what I eventually realized was an ideal situation—I was raised in the very diverse city of San Diego and also went through the most difficult parts of this chapter with my girlfriend at the time.

Regardless, it was still an uncomfortable conversation to have with people who had known me since I was a little kid. In a matter of minutes, I was essentially breaking down assumptions my loved ones had made about my life for 17 years.

Additionally, since I grew up with one foot in France, coming out in another cultural context and in another language added an extra layer of complexity.

All in all, I’m very lucky that the most challenging part for me was just telling my mom, which has since become one of my fondest memories with her. She never thought of it as being anything but normal.

My first boss was also part of the LGBTQIA+ community, and we still keep in touch. Since day one, it’s been so heartwarming to see her in a happy marriage, building a family, and thriving in her career.

Since then, I’ve primarily worked in impact investing and crypto, both of which have the ability to generate positive effects across international boundaries. The teams I’ve been on have been driven by creating more inclusivity in the world, which has made it incredibly thrilling to work alongside those teammates.

How is the culture at Bitwise in regard to the LGBTQIA+ community?

More than once my colleagues and I have voiced our appreciation for how diverse Bitwise Research is. In our team of only eight people, three of us identify as female and two of us identify as LGBTQIA+; together we represent at least five nationalities across four different continents and speak six languages.

So it’s amazing that we’ve all come together to build out an asset class that aims to empower various communities around the world—from banking the unbanked in emerging markets to creating LGBTQIA+ DAOs that host Pride events in the Metaverse.

It should come as no surprise that Bitwise has a culture in which diversity is the norm—bringing together different perspectives is how we build better for the future.

Where Do We Stand in the Crypto Market Cycle? Leveraging On-Chain Data to Contextualize Key Market Trends