Are Cryptoassets Securities? And Why Does That Question Even Matter?

The biggest regulatory development of 2018 was SEC Director Hinman’s comments on Ethereum and its security status. 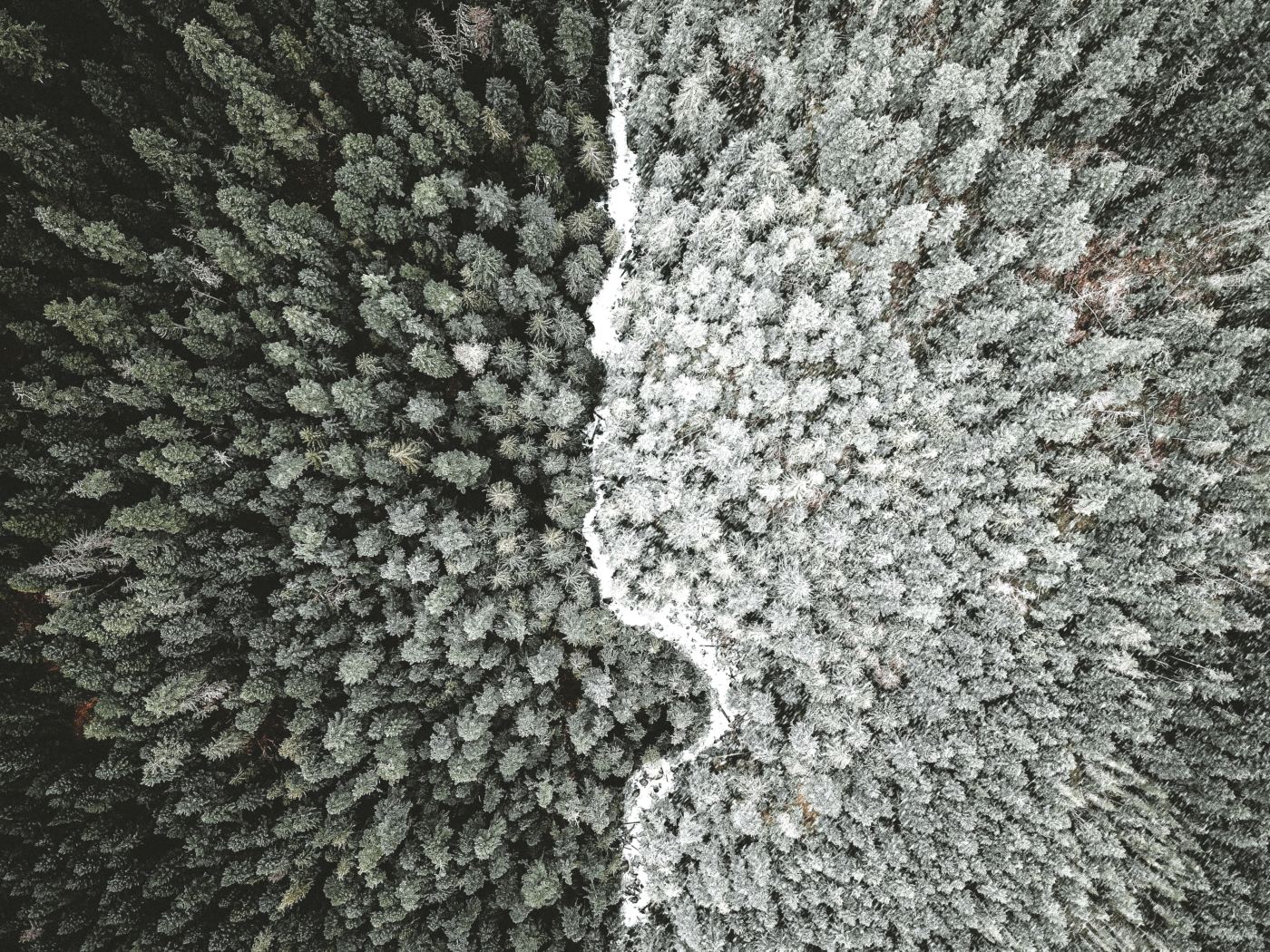 The biggest news of August came from a speech delivered by the SEC’s Director of the Division of Corporation Finance, William Hinman. In his speech, Hinman asked: “Can a digital asset that was originally offered in a securities offering ever be later sold in a manner that does not constitute an offering of a security?”

His answer was, emphatically, “yes.”

He used the example of ethereum to make his case. The ethereum network (and its related cryptoasset, Ether) launched with a small initial coin offering worth approximately $19 million. It has since grown into a massive, decentralized blockchain with a market capitalization of nearly $50 billion.

One of the tests the SEC runs in determining if something is a security is whether, by purchasing an asset, someone expects to profit through the actions of a third party. Hinman argued that, while this may have been true of ethereum in its earliest days, at this point, the network is sufficiently decentralized that it no longer qualifies.

This sounds like a nit-picking detail, but it is hugely important. As Phil Glazer, a member of the Bitwise Research Team, wrote in Medium: “Had Ethereum been labeled a security, every major crypto exchange would have immediately been in violation of SEC law for unlawful trading of securities and therefore subject to potential fines or prosecution. Moreover, the founders of Ethereum would have been in significant legal trouble.”

The story here, however, is much bigger than ethereum.

The SEC had previously said that virtually every ICO it had looked at would qualify as a security. By opening a pathway for those assets to transform into nonsecurities, the SEC opened a pathway for them to be legally traded on traditional crypto exchanges. It’s almost like amnesty for cryptoassets.

It is both the right decision, and the best news crypto investors could have hoped for from the SEC on the matter.

(If you’re interested, here’s coverage from The Hill, Wired, and Reuters.]

1) We have a reasonable basis to believe that none of the assets included in the Bitwise 10 Large Cap Crypto Index is a security.

To date, the SEC has provided guidance and commentary on the two barbell ends of the cryptoasset ecosystem.

For example, there is broad consensus that the two largest cryptoassets—bitcoin and ethereum—are not securities. Bitcoin did not have an ICO, and therefore fails key tenets of the “Howey Test,” the legal dividing line used to determine what is a security and what is not. Similarly, Director Hinman’s comments regarding ethereum were intentional and clear.

On the other hand, the SEC’s view on most ICOs is clear as well: Chairman Clayton famously said: “I have yet to see an ICO that doesn’t have a sufficient number of hallmarks of a security.”

That leaves a wide swath of assets for which the security status has not been made explicitly clear by securities regulators. That said, comments around bitcoin and ethereum create a replicable grading point, and using those guidelines, consensus opinion is that most large cryptoassets do not qualify as securities. The ethereum comments are particularly comforting in this regard, as they provide a pathway for ICO securities to convert to nonsecurities, rapidly in some cases.

As you move into smaller assets, the clarity around their security status degrades somewhat.

One interesting response to emerging concerns around the security status of ICOs is the advent of placeholder tokens.

EOS, for example, was launched through a yearlong continuous ICO that raised $4 billion for a company called Block.One. The coin that people received when investing in that ICO, however, was not the actual mainnet token for the EOS blockchain. In fact, at the time, the EOS blockchain did not exist.

Instead, the coin sold via that ICO was a “placeholder token.” Legally speaking, this token had no rights, attributes, or uses. People buying it were told that it would stop trading and be frozen forever on June 1, 2018, and that it was worthless on a stand-alone basis. The token was simply a fundraising vehicle for Block.One, almost akin to a donation to that firm.

People participated in the ICO nonetheless because there was an expectation (although no legal guarantee) that people who owned the placeholder token at the conclusion of the ICO would receive a pro rata distribution of the new EOS mainnet token once the mainnet launched. Ultimately, after a few hurdles and delays, that is exactly what happened.

Today, EOS is a $5 billion+ network, and Block.One has a $4 billion war chest that it intends to spend supporting the EOS ecosystem.

We believe that the cryptomarket will benefit from increased regulation that makes the kind of regulatory two-step that EOS and Block.One engaged in unnecessary. Until that happens, we expect to see more placeholder token launches.

3) We don’t expect much additional explicit clarity from regulators in the near term.

Official designations of security status is always a “facts and circumstances” determination. Director Hinman listed in his speech 13 different facts, circumstances, and factors as an illustrative (but not exhaustive) list of particular questions to be asked in determining whether a particular digital asset is in fact a security. As with all securities laws, he stressed that the economic substance of any offering is what drives the legal analysis. But in the absence of explicit legal actions, it’s unlikely that regulators will make blanket statements around specific, individual assets.

4) We do not expect to see specific comments on additional coins in the near future. That includes XRP (Ripple), which attracts a good deal of debate regarding its status.

Bitwise Asset Management, Inc. and its affiliates (collectively, the “Manager”) are furnishing this presentation (this “Presentation”) to sophisticated prospective investors for informational purposes only in relation to a potential opportunity to subscribe for limited liability company interests (“Interests”) in Bitwise HOLD 10 Private Index Fund, LLC (the “Fund”). This is neither an offer to sell nor a solicitation for an offer to buy Interests in the Fund. Any offer to sell or solicitation of an offer to buy Interests will be made solely through definitive offering documents, identified as such, in respect of the Fund in compliance with the terms of all applicable securities and other laws. Such definitive offering documents, if any, will describe risks related to an investment in the Fund (including loss of the entire investment) and will qualify in their entirety the information set forth in this Presentation. No Advice on Investment; Risk of Loss: Prior to making any investment decision in respect of the Fund, each investor must undertake its own independent examination and investigation of the Fund, including the merits and risks involved in an investment in the Interests, and must base its investment decision—including a determination whether Interests would be a suitable investment for the investor—on such examination and investigation and must not rely on the Manager or the Fund in making such investment decision. Prospective investors must not construe the contents of this Presentation as legal, tax, investment, or other advice. Each prospective investor is urged to consult with its own advisors with respect to legal, tax, regulatory, financial, accounting, and similar consequences of investing in the Fund, the suitability of the investment for such investor, and other relevant matters concerning an investment in the Fund. The summary discussion in this Presentation does not purport to be complete, and is qualified in its entirety by reference to the definitive offering documents relating to the Fund. Do not place undue reliance on this Presentation.